Entertainment Banky W - Marriage is Not For Everyone

FREE Nigerian Business Directory
✅ NEW - get your business listed and your information shared across social media.
Ad
Nigerian RnB Crooner Banky W has opened up on the pressure mounted on him to get married. 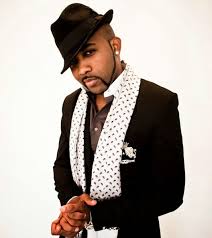 Speaking in a programme on Metro FM, Banky said he’s not in a hurry to marry. The Singer also revealed that the process of finding a woman whom one would love and connect with was one of the reasons for his delay in getting married.

Entertainment See What Banky W Has To Say About Wizkid Not Present At His Wedding (Make Sense?) – Naijaloaded

P
Entertainment VIDEO: Banky W and Adesua Etomi Duet Everyone Is Talking About

A
Entertainment Banky W Announces Title, Release Date of His Next Album

Entertainment Timaya Tells Fans: ‘Marriage is NOT the Most Important in Life. Happiness is.’ – Olisa.tv