Curators
For Sale - One Bedroom Executive Flat - Lagos (NGN37m)
✅ NEW - car park, swimming pool, 24 hours light/security and more.
Ad
APC chieftain, Bola Tinubu trended on Twitter yesterday October 27, and this was largely because of an article written about him by publisher, Dele Momodu.

Momodu in the article gave reasons Tinubu, a former governor of Lagos state and national leader of APC, is eminently qualified to run for president in 2023.

Momodu in his article, said Tinubu like Buhari and every other Nigerian is not a saint. According to him, he would have wanted a younger person to run for President in 2023 but most of the young people who have been given an opportunity in politics have not justified the noise about “not t 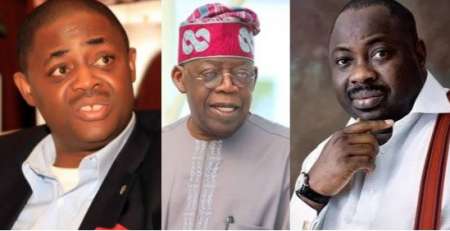