FREE Nigerian Business Directory
✅ NEW - get your business listed and your information shared across social media.
Ad
A lion has escaped from the Jos Wild Life Park on Wednesday, the News Agency of Nigeria (NAN) reports.

According to Mr John Doy, the Acting General Manager, Plateau Toursim Corporation, the lion escaped “at about 8 a.m. while it was being fed”. 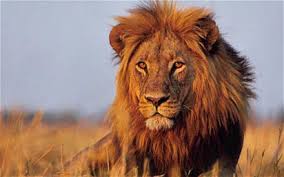 Doy said that the lion, which had been caged since 1972,“ slipped through the gate of the cage when it was opened for its routine feeding”.

“The animal is still within the vicinity of the Park but our fear is that the Park is not fenced.

“We are struggling to recapture it, but we want members of the public to be vigilant,” he said.
A

Lol , what is the average life span of a caged lion?
P

Jules said:
Lol , what is the average life span of a caged lion?
Click to expand...

Jules said:
Lol , what is the average life span of a caged lion?
Click to expand...

about 15 years in the wild, Those caged should live longer but not as long as 43 years like the PTC claims
P

In captivity they can live more than 20 years
M

Lion must be from the PDP. He wants to rule live forever
P

Samguine said:
Lion must be from the PDP. He wants to rule live forever
Click to expand...

A
Metro Baboon Escapes From Wildlife Park In Jos