The Melinda and Bill Gates Foundation have given the Borno State government a grant of 1 million Dollars, meant for resetting the Internally Displaced Persons (IDPs) in Borno State.

The foundation is aimed at targeting displaced victims of insurgency ready to return to their ancestral homes.
The intervention was released through the Rebuilding and Reconstruction Ministry of the State, constituted for resetting the IDPs.

Governor Kashim Shettima flagged off distribution of food items in Mainok town where locals are already returning in large numbers.

Nearly two million people, dislodged from their home towns, in remote parts of Borno State by insurgency, had found temporary shelter in the capital city and safer havens in nearby states. 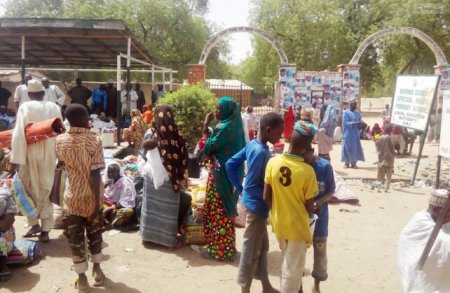 The recent military successes and recapture of some of the troubled towns has paved way for locals to return to their home towns.

Governor Kashim Shettima says aside food items, farms have been procured in the first phase of the intervention to enable the IDPS continue with their lifestyles.

One of the IDPs, Halimatu Ali in appreciation said, “We are grateful, we have never received any kind of help since we returned, we only hear about it until today. We thank Bill and we pray for him.”
Share:
Facebook Twitter Reddit WhatsApp Email Link
[1060]

Curators
We all know where the money'll eventually end up
E

Lequte said:
We all know where the money'll eventually end up
Click to expand...

as in, so sad .
Show hidden low quality content