For Sale - One Bedroom Executive Flat - Lagos (NGN37m)
✅ NEW - car park, swimming pool, 24 hours light/security and more.
Ad
Certificate scandals is not a new thing in Nigerian politics. Several politicians have been soiled in it. Some of which include: 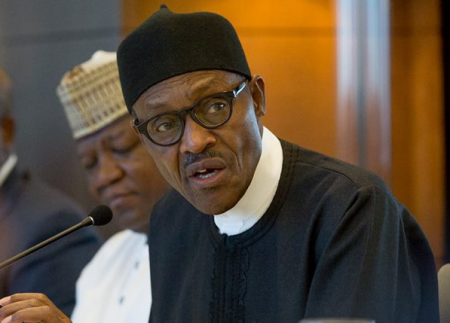 1. President Muhammadu Buhari: During build up to the 2015 General Elections, the ruling party and cross section of Nigerians accused the then Candidate of the All Progressives Congress, APC, Mr. Muhammadu Buhari over his inability to tender his O' level certificate, WAEC during the electioneering process.

An Abuja based legal practitioner, Mr. Nnamdi Nwokocha-Ahaaiwe had alleged that President Buhari was unqualified to aspire to the office of the President of the Federal Republic of Nigeria because he did not sit for the Cambridge West African School Certificate, WASC in 1961 as he claimed.

However in June 2016, the Abuha division of the Federal High Court okayed indefinite adjournment of the suit challenging Buhari's educational qualification.

2. Senator Dino Melaye: The Kogi West Senator is not having a good time with Nigerian media over a report that he did not graduate from department of Geography ay the Ahmadu Bello University, Zaria. The development caught the attention of the Senate on Tuesday, leading to its decision to refer the matter to its Ethics and Privileges Committee for investigation. Melaye, however, has sued the online medium for defamation of Character.

3. Bola Tinubu: APC National Leader, Bola Tinubu,was some years ago prosecuted by late human rights lawyer, Gani Fawehinmi over certificate forgery during his first tenure as governor between 1999 and 2003. His saving grace was the brilliance and firmness of former Attorney General and Commissioner for Justice, Professor Yemi Osinbajo (the now Vice President).

Bature presented as part of his credentials, a testimonial and a certificate for Advance Diploma in Public Administration purported to have been issued by the Senate of the University of Jos at an election tribunal before it was referred to the university for verification.

The University Senate set up a committee which investigated the case and reported that Bature did not attend the university and could therefore not lay claim to its certificates. The university immediately placed a disclaimer on him in a national newspaper.

5. Salisu Buhari: Salisu was the first speaker of Nigeria's house of representatives. He broke down in tears when he resigned following press allegations of forgery and perjury. His decision came after days of mounting pressure during which he has consistently denied the accusations made against him.