Kachikwu, who put up a strong defence for Nigeria’s sick President during a BBC Hard Talk interview in London on Monday.

When asked about the state of health of the President as his latest medical vacation entered its second week, Kachikwu replied, “Yes, he is in London. He is undergoing hospital treatment, (but) I don’t know the details of that and I obviously wouldn’t know. But let me say this, he returned from his first trip in London, even though the doctors advised him to have some rest. 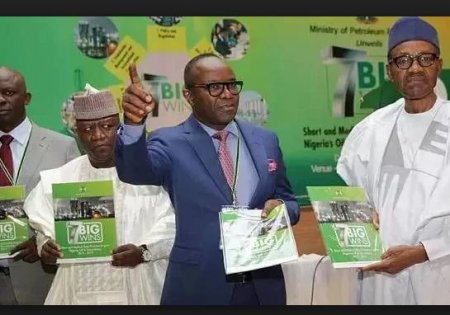 “He’s back to London and he has continued some levels of meetings and has been able to play some roles. He has a very efficient Vice-President who is sitting in for him in his absence. It really hasn’t made much of a difference.”

On whether the President had been transparent enough to Nigerians as regards his health challenges, the petroleum resources minister stated that Nigerians were aware of the fact that Buhari ‘is not too well’.

When asked what was wrong with Buhari, the minister said, “I don’t know. But let’s face it; who in the world goes around giving to everybody what their medical statuses are? The doctors have got to be able to release something official and he’s working through it. It has not become a major problem.”
R

So what are you insinuating?
R

You people should take your time oooo
C

We an abroad President

You just want to maintain your position to avoid loosing it. May God help you.
P

chyfirst said:
You just want to maintain your position to avoid loosing it. May God help you.
Click to expand...

This kind of fear for sack is the beginning of wisdom into political bondage.

He should keep working from home or London. Kachikwu should rather say that he is still commanding from sick bed.