Metro CAN Thanks President Buhari For Firing Jim Obazee

He was fired by President Muhammadu Buhari on Monday night.

Speaking to NATION, Musa Asake, general secretary, of the organisation said: “The sack of Jim (Obazee) is good riddance to bad rubbish. Anybody that wants to fight the church will find himself where he does not want. 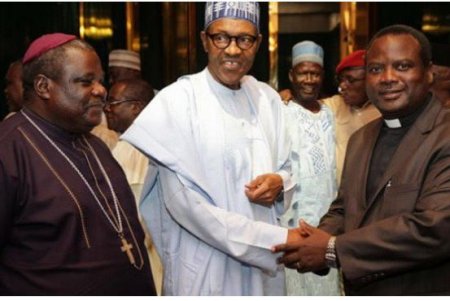 “Jim got to the position by the grace of God, but set out to probe and destroy the church of God. I spoke with him several times on this issue but he wouldn’t listen. He was going to take the church to what is worse than Armageddon.

“Thank God the authorities have stepped in to right the wrong. He should have been fired a long time ago and we don’t know why he was left alone, but God’s time is always the best.

“That code should be thrown out completely because government should not interfere with the church. The church is a no-go zone for the government.

“Doing that has serious implications. If they attempt it, it will lead to confusion in the nation.”

C
Metro CAN to Buhari: No harm should befall Kukah – New Telegraph

Metro CAN Backs Placing of Nigeria on Watchlist by US – Thisdaylive