The Central Bank of Nigeria (CBN) has given three commercial banks until June 2016 to recapitalise after they failed to hit a minimum capital adequacy rate of 10 per cent, it said in a report on its website.
The central bank did not name the banks but said they were from the group of 14 in Africa's biggest economy that have licenses to operate as regional and national lenders, with respective capital bases of N10billion ($50million), and N25billion. 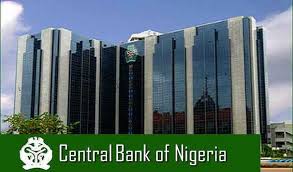 With a number of Nigerian banks having postponed moves to raise fresh funds, the central bank said it was monitoring the three lenders' recapitalisation plans, and that 10 others with international status met the 15 per cent minimum capital rate for that category of bank at the end of June.

A Reuters report weekend, said the recapitalisation schedule, contained in a report dated Oct. 30, only came to light last Friday. It said lenders have been shoring up their balance sheets in preparation for adopting stricter international requirements that analysts say could erode capital ratios by between 100 and 400 basis points to near the regulatory minimum of 15 per cent.