FREE Nigerian Business Directory
✅ NEW - get your business listed and your information shared across social media.
Ad
Congo strongman Denis Sassou Nguesso was on Thursday declared the winner of presidential elections, extending his 32 years in power in a vote the opposition says was marked by “massive fraud”.

Interior Minister Raymond Zephyrin Mboulou announced the results at 3:30am (0230 GMT) on national television, saying Sassou Nguesso had secured 60 percent of the vote in the tense weekend poll held under an ongoing communications blackout. 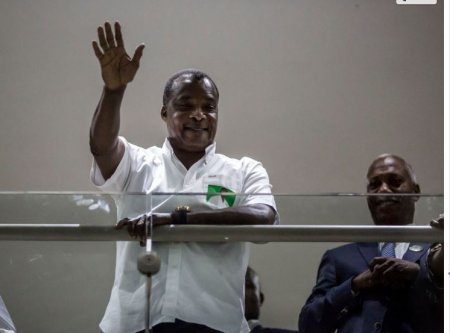 Sassou Nguesso hailed the victory at his campaign headquarters, saying the Congolese people had “taken their destiny into their own hands” and adding that the campaign had produced a “very open” democratic debate in the former French colony.

Both of his main rivals had already rejected the partial results released Wednesday, with Kolelas’ spokesman Vivien Manangou saying there had been “massive fraud”.