This was contained in a statement issued in Abuja on Monday by the Director, Public Relations of the council, Mr Abiodun Obimuyiwa.

According to the statement, NBC and its Managing Director, Mr Ben Langat, violated the orders of CPC by deliberately failing and refusing to comply with its orders.

It said that the offence was contrary to Section 21 of the Consumer Protection Council Act, Cap C. 25, Laws of the Federation of Nigeria, 2004 and punishable under the same section.

“Coca-Cola Nigeria Limited and its Managing Director, Mr Adeola Adetunji, committed an offence by refusing to attend the hearing of the CPC held in Abuja.

“This is in relation to investigations of violation of product quality standard under the Consumer Protection Council Act after Summons was duly issued and served to them.

“They thereby committed an offence contrary to Section 18 of the Consumer Protection Council Act Cap C. 25 of the Federation of Nigeria, 2004 and punishable under the same section,” it added.

The statement further said that the firms also refused to comply with the order duly made and served on them by the CPC.

It stated that the offence of non-compliance to the commission’s order contravened Section 21 of the CPC Act, Cap C. 25, Laws of the Federation of Nigeria, 2004 and punishable under the same section.

It disclosed that the accused would appear before Justice E. S. Chukwu of Federal High Court 8, Abuja at a date that would be determined by the court.

The commission explained that it found the accused culpable following its findings from an administrative panel set up over a consumer’s complaint regarding two half-empty cans of Sprite.

“The Sprite was produced by NBC Ltd under the license and authority of Coca Cola Nigeria Ltd,” it said.

It said that NBC cooperated during the panels’ sitting by providing information but that Coca-Cola refused to attend and testify. 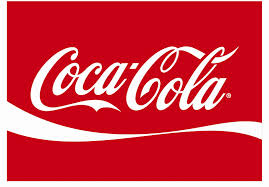