“I have a bomb!” shouted the 35-year-old disabled man to shocked employees in a branch of Austria’s Erste Bank in downtown Zagreb, before forcing them to hand over the cash, the Vecernji list newspaper reported.

The crime occurred on Wednesday evening only a few seconds after the man had politely thanked passers-by for helping him to enter the bank in his wheelchair, the paper said. 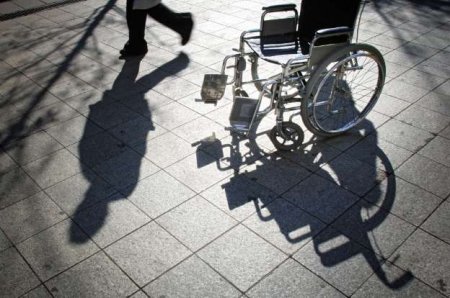 After employees handed over 50,000 kunas (6,600 euros, $7,300) the robber wheeled himself to a nearby taxi station where a cab driver helped him get into the car and put his wheelchair in the trunk.

Unaware of his client’s recent activities, the drive took the man towards the northern town of Bjelovar, where he was eventually arrested.