A former Cross River State Governor, Clement Ebri, has formally made public his intention to join the All Progressives Congress (APC).

Making the bold declaration at his political ward in Mkpani, Yakurr Local Government Area of the state, the ex-governor said that his membership with the ruling party would enable him achieve political fulfilment, which he has over the years been denied of. 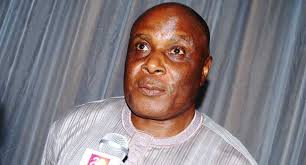 According to him, being a man of integrity which the APC is a strong advocate of, his political desires would be pursued without bias and favouritism.