Gov. Babatunde Fashola of Lagos State said on Friday that the state government would assist First Consultant Hospital to mitigate the impact of its losses to the Ebola Virus Disease.

Fashola made the pledge when he led other top officials of the state government on a visit to the hospital in Obalende.

He said government would help in the replacement of equipment discarded in the process of decontamination and would provide other forms of support to help the hospital get fully back on its feet.

Fashola commended the great sacrifice made by the hospital in the containment of the virus,and stressed that government was proposing a law designed to boost the capacity of health professionals and guarantee their safety at work.

``You need to let us know how we will help and certainly we will help. One of the ways the state government will be assisting the hospital is to replace all the equipment discarded during the decontamination process.

``This is the first thing we will be doing to replace the tools,but most importantly, we will also be supporting the personnel because they are the most important tools.

`There is the Public Health Law and you were right to have acted the way you did. We are also considering the amendment to that law.

``And when the executive bill goes to the parliament in a couple of weeks, I have asked them to list it for consideration to see what we can do in the law to strengthen capacity, `` he said.

Fashola said he visited the hospital as part of the process to fix post Ebola damage and make things that had been affected by the crisis begin to run back. 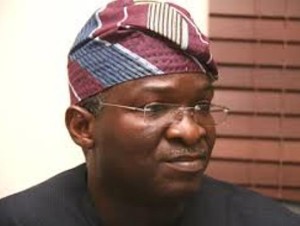