Okoro was re-arraigned before Justice Oluwatoyin Ipaye of an Ikeja High Court.

The defendant is facing a 38-count charge, bordering on conspiracy, obtaining money by false pretences, forgery and uttering.

Okoro, who is the proprietor of Lagos York Hotels, was previously arraigned on May 30, 2003 before Justice Kudirat Kekere-Ekun, and had pleaded not guilty to the charges.

The case was re-assigned to Justice Joseph Oyewole sometime in 2004, following the elevation of the former judge to the Court of Appeal.

koro was, consequently, re-arraigned before Oyewole and was granted bail before the trial was stalled as a result of his alleged-ill health.

However, following the elevation of Oyewole to the appeal court, the file was transferred to Ipaye which necessitated the defendant to be re-arraigned.

On Monday, the EFCC Counsel, Miss Taiwo Ogunleye, asked the court to order Okoro, who was assisted into the dock, due to his alleged failing health, to re-take his plea.

Ogunleye said that Okoro conspired with the duo of Morris Ibekwe (now deceased) and Chief E.A. Okoro (still at large), to commit the offences between October and November, 1992.

She said the defendant obtained the money from the complainant, one Klaus Munch and his firm, System Organisation of Germany.

The prosecutor said that Okoro claimed that the money was for sundry payments to various government officials to facilitate the award of a $30-million contract to the company.

According to her, Okoro allegedly perpetrated the fraud by forging the seal, stamps and other documents of various Federal Government agencies.

Okoro again pleaded not guilty to the charge when it was read to him.

Following the arraignment, Ipaye permitted the defendant to continue to enjoy the bail earlier granted him by the former trial judge and adjourned the matter till December 9 for trial. 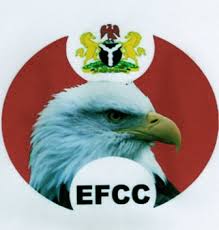