According to NIGERIAN TRIBUNE, the Ekiti state government said the appointments were made due to the the need to inject new blood into the state civil service and fill all vacancies occasioned by retirement of some senior bureaucrats.

Meanwhile, Ayo Fayose, governor-elect of Ekiti has kicked against the appointments.

Fayose in a statement issued after the swearing in of the permanent secretaries said, "as much as we are not opposed to people progressing in their chosen careers, one finds the recent appointments questionable.

"It is very ridiculous for Fayemi who has less than two weeks to leave office to appoint permanent secretary for the incoming administration. It shows how evil the All Progressives Party (APC) is.

"In the last four months, the outgoing government has created 19 new local council development areas (LCDAs), employed 3,000 workers without following due process and right now backlog of salaries of workers are yet to be paid and workers are currently on strike.

Reacting to Fayose's claims, Ekiti state Commissioner for Information and Civic Orientation, Mr Tayo Ekundayo, speaking on behalf of the government said, "I can tell you that we are in government till October 15, 2014 and we will not hesitate to take the proper actions if there are vacancies to fill as long as there is budgetary provision for it,” saying “opposition should not be worried for whatever action taken by our administration, we are going to be held responsible for whatever action taken in the last four years. They should stop crying blue murder when such did not arise. 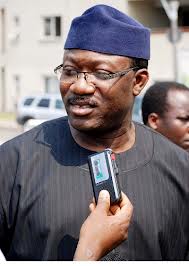