The Governor made the denial when he was asked if his recent involvement in different controversies had anything to do with a 2019 Presidential ambition. The Governor said his ambitions are not political and he has never had a political ambition. 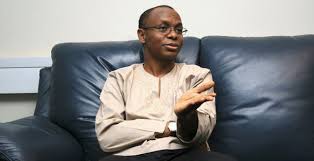 ''I've been accused of wanting to run for President since 2007, that is why Yar'Adua exiled me, why Jonathan persecuted me and from the moment i joined the CPC to work with Presidentg Buhari everyone arround him told him came because i want to run for president.''