For Sale - One Bedroom Executive Flat - Lagos (NGN37m)
✅ NEW - car park, swimming pool, 24 hours light/security and more.
Ad
Tenoil Petroleum & Energy Services (Tenoil), a subsidiary of Heirs Holdings, has announced that it has reached an agreement with Mobil Producing Nigeria Unlimited (MPN), an ExxonMobil subsidiary, for the drilling of an appraisal well on the Ata Field.

The Ata Field was discovered in 1964 by MPN, the operator of its joint venture with the Nigerian National Petroleum Corporation (NNPC), and is located in block OML68, which borders Tenoil’s block OPL 2008. Both blocks are located in shallow water offshore of the Eastern Niger Delta, Nigeria. The drilling is expected to help evaluate whether there is an opportunity to jointly develop the Ata field.

The commencement of drilling at Ata Field represents a further milestone in Tenoil’s emergence as one of Nigeria’s leading indigenous field operators. Together with the development of OPL 281, which Tenoil operates on behalf of Transnational Corporation of Nigeria Plc (Transcorp), these field developments are important steps in Heirs Holdings’ integrated energy strategy, encompassing power generation, oil production and refining, petrochemicals and fertilizer production.

Tony O. Elumelu, Chairman of Tenoil, commended MPN, saying, “This is an exemplary demonstration of genuine commitment by an international oil company to the development of indigenous capacity in Nigeria’s oil and gas sector. MPN is collaborating with Tenoil to provide technology expertise in the successful execution of this first drilling project,” he said.

“Our announcement, following the recently concluded US-Africa Leaders’ Summit in Washington, DC, is a step forward in a relationship that serves as a model for collaboration between African businesses and their U.S. counterparts,” concluded Mr. Elumelu. 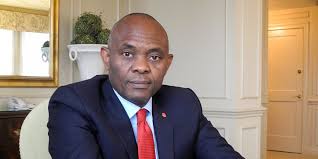