For Sale - One Bedroom Executive Flat - Lagos (NGN37m)
✅ NEW - car park, swimming pool, 24 hours light/security and more.
Ad
National President of The Association of Senior Civil Servants of Nigeria (ASCSN), Comrade Bobboi Bala Kaigama on Wednesday declared the association would join other affiliates of the Trade Union Congress (TUC) and the Nigeria Labour Congress (NLC) to down tools following the decision of the National Assembly (NASS) to remove wage and other labour issues from the Exclusive Legislative List to the Concurrent list.

The Association has also warned the lawmakers to be ready for the workers’ mass action because the International Labour Organization (ILO) Convention 131 of 1970, of which Nigeria is a signatory, requires member States to institute a National Minimum Wage below which no employer should pay.

He called on workers nationwide to get ready for a strong resistance of the move by the Federal lawmakers to further impoverish Nigerian workers by outlawing the meagre National Minimum Wage through the backdoor, Daily Independent reports.

“It is also on record that the Nigerian Federal lawmakers are the highest paid in the world earning more than the President of the United States of America,” he said.

“We call on the States Assembly not to join the National Assembly in its war against Nigerian workers over removal of wage and related labour issues from the Exclusive Legislative List,” he warned.

“We urge the Trade Union Movement, the civil society groups, religious leaders, royal fathers, and other well-meaning Nigerians to prevail on the NASS to reverse its decision to deregulate wages in the interest of peace in the country” he added. 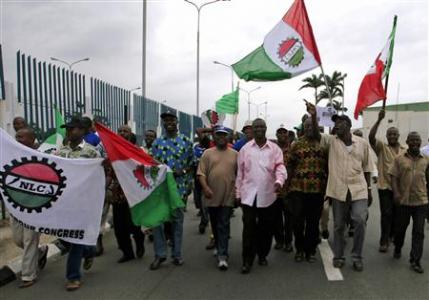