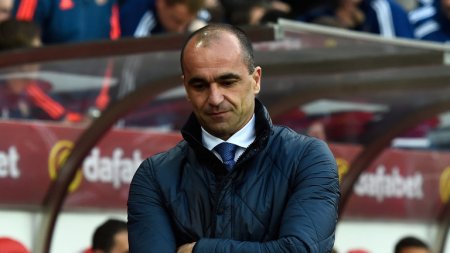 He was appointed as David Moyes' successor in June 2013 and guided Everton to their best Premier League points tally - 72 - and a fifth-place finish in his first season in charge.

Martinez smashed the club's transfer record with the £28m signing of Romelu Lukaku from Chelsea in the summer of 2014, but failed to build on the success of his debut campaign at the club, finishing in 11th.

Martinez, who had three years remaining on his contract, led Everton to the semi-finals of the FA Cup and Capital One Cup this season, but their poor league form has ultimately proved his undoing and he leaves after nearly three years at the club.

A "Martinez out" banner was visible at the Stadium of Light, even prior to kick-off, and has been seen in recent weeks at home matches, including when some fans held a protest against the Spaniard following the 2-1 victory over Bournemouth on April 30. 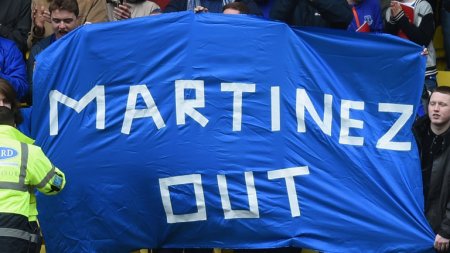 Everton currently sit in 12th spot and, with only one match remaining, they are guaranteed to finish in the bottom half of the Premier League for a second successive year.