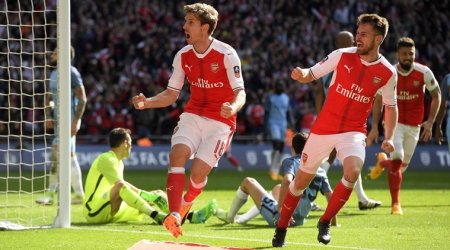 Manchester City opened the scoring board with a flick from Sergio Aguero before a Nacho Monreal breakthrough strike level it at 1-1.

The match stayed at draw at the end of the 90 minutes and extended to extra time.

Arsenal finally stole a victory through Alexis Sanchez at the first half of the extra time to end the match 2-1.

Arsenal will play Chelsea at the final of the FA Cup.