Udom who is a member of the Peoples Democratic Party, PDP made his official declaration at the Uyo township stadium.

He promised to promote trade, commerce and tourism through a sustainable public private partnership (PPP) arrangement if elected in 2015. 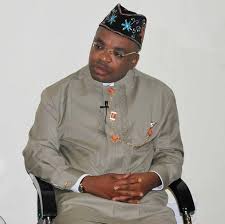