Curators
FREE Nigerian Business Directory
✅ NEW - get your business listed and your information shared across social media.
Ad
A non-governmental organization, the Kelly Izuwa Nwogu Vanguard (KIN) has donated a N30million hospital to solve the medical needs of the internally displaced persons of the attacked communities in Agatu Local government area of Benue state. 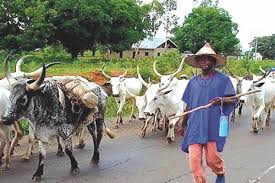 The ultra-modern hospital is located at Aila Community, one of the destroyed villages in Agatu that was badly affected by the heinous attacks unleashed by gunmen believed to be Fulani herdsmen.

Performing the foundation ceremony in Aila yesterday, the chief executive officer of KIN, Mr Kelly Nwogu explained that the project was informed by his sympathy on the deplorable condition of the displaced persons and that it was a mark of charity.

According to Nwogu, the hospital was to be built in memory of those that were massacred by the Fulani militia, saying many of the IDPs were suffering from varied ailments that needed urgent medical attention.

“In 2009, I could hardly feed, but today I am a billionaire and that is why it is imperative to donate to the needy. The hospital project here in Agatu is in loving memory of those that were gruesomely killed and this is to enhance healthcare service delivery in the affected areas. More of this would come because I will liaise with foreign partners to build schools and refurbish the destroyed homes of the displaced persons.”Nwogu stated.

The Ada Agatu, Chief Godwin Onah described the gesture as humanitarian and said the community will ensure that the facility is being utilized to serve the health needs of the people.