FREE Nigerian Business Directory
✅ NEW - get your business listed and your information shared across social media.
Ad
Nigeria's senate president Bukola Saraki, is currently on trial at the Code of Conduct Tribunal over alleged false declaration of assets.

A Premium Times report has provided insight into how the Code of Conduct Bureau built a fraud case against the ex Kwara governor. 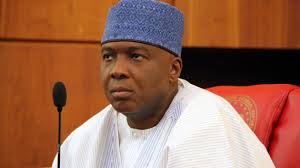 According to him, the property on Musa Yar’Adua Street, Victoria Island, owned by his company, BAS Trading, was valued at N700 million while the plot of land in Lekki, he acquired in his name in February 1992, was valued at N7 million.

The property in Maitama District in Abuja was N160 million.

Mr. Saraki also declared the rental incomes of five of the properties.

However, the team, in the report, said it could not locate the two plots of land Mr. Saraki mentioned in his assets declaration form because he did not supply the particulars.

On the property on Plot 212 Musa Yar’Adua Street, Victoria Island, the report said it was a five-storey building complex with additional one storey adjacent to the main complex and that the cost posted by Mr. Saraki on the property was N500 million.

“Our view is that this is certainly overvalued at that cost. The property is properly fenced with high walls for purely residential purpose and managed by Carlisle Properties Ltd,” it said.

On the property at No. 42 Gerald Road, Ikoyi, the team reported, “The property was verified; however our findings show that it is a new two story building still under construction.

“We also confirmed through interview that by the year 2003 it was a vacant land, development commenced just about 2 – 3 years ago. It is an uncompleted building with a low unpainted fence.

“The irony here is that the declarant claimed that he earns N110 million as annual rent on this property. Certainly this is false declaration and the property was valued at N750 million.

“To say the least, this is a clear case of anticipatory declaration because at the time of declaration, there was no building in the vacant land talk less of someone making an income of N750m from the property. Thus the declaration here is at best bogus and phony.”

On the property at 19 Ruxton Road, Ikoyi, the team said although Mr. Saraki declared that it was valued at N500m, its verification revealed that the building was a relatively new complex.

It further stated that its inquiry revealed that the old building was demolished and a new one built there. It said the property was fenced and was a complex built for residential purpose.

It recommended that the “title deed of the property should be demanded from the governor”.

On the property at No. 62 Awolowo Road, Ikoyi, the team said it consisted of a three-storey building undergoing renovation.

“It is a very old structure whose value is very far from the N100m claimed by the declarant,” it added.

In its report on the property at No. 15A & 15B MacDonald, Ikoyi, the team said, “While the property at 15A is a big one painted and fenced the other one at 15B is unpainted and lacks character, although it is also fenced. The properties are for residential purposes and we established that the declarant owns them.”

On the property at No. 6 Volta Street, Maitama A6, Abuja, the team said, “This property is a cream and brown coloured duplex with boys’ quarters. At the time of visit there were no obvious sign of occupation. The declarant valued this property which he claims to have acquired in 1996 at N60 million.”
Last edited: Oct 21, 2015