Foremost African financial institution; Guaranty Trust Bank plc has been named the African Bank of the Year at this year’s African Banker Awards.

The Awards was presented during a prestigious gala dinner on 23rd May Ahmedabad, India, on the sidelines of the Annual Meeting of African Development Bank.

Now in its 11th year, The African Banker Awards is internationally recognized as the landmark finance event to reward achievements, commend best practices and celebrate excellence in African banking.

Commenting on the awards ceremony, Publisher of African Banker Magazine; Mr Omar Ben Yedder said “In the year under review, GTBank demonstrated positive results across numerous indices, including a strong balance sheet, growing customer base and a continuous regional expansion. 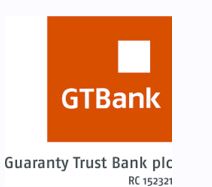 The Bank’s strong performance in 2016 underlined the success of its strategy which was reflected in a Net profit growth of 37% in 2016 despite difficult trading conditions in its main market.

He further stated that, “The bank is at the forefront of innovation through simple and accessible digital banking platforms, which allowed it to gain 10 million customers who have long been excluded from banking.

Receiving the award on behalf of the Bank, Segun Agbaje, Managing Director/CEO of GTBank said: “We are honored to be recognized as the best bank in Africa by a globally renowned and well respected magazine. This award is an affirmation of our commitment to creating sustainable value for our customers, shareholders and the communities in which we operate.
PLACE YOUR ADVERT HERE
Connect with Business News Readers!