Metro I Have Not Reconciled With Oyakhilome – Anita

Curators
FREE Nigerian Business Directory
✅ NEW - get your business listed and your information shared across social media.
Ad
Anita, the former wife of the founder of the Christ Embassy, otherwise known as Believers’ Loveworld, Pastor Chris Oyakhilome has denied the social media reports that she had reconciled with her estranged husband. 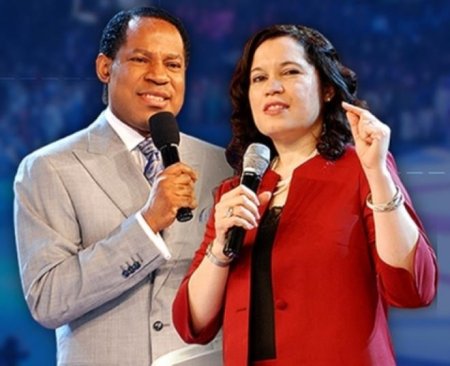 Anita filed for divorce in February, 2016 over her husband’s alleged inability to control his third leg.

A statement she posted on her website on Thursday, explained that her decision to dissolve her marriage with the televangelist, was final and remained unchanged.

She said she was no longer a part of the church. According to the company’s financial statement, Anita, who now uses her maiden name, Ebhodaghe, resigned as a trustee of the UK branch of the church on 2nd June, 2015.

“It has been brought to my attention that there are persistent rumours and misinformation about my marital status being circulated and I would like to address the certain reconciliation rumours with this statement,” she said.

“Further to the formal notification of the dissolution of marriage made by my Solicitors earlier this year, please note that this has not changed; and I am no longer a part of Christ Embassy, aka Believer’s Loveworld or any such organisation in any capacity.

“I am reiterating this to ensure that no one is misled by the false rumors or unfounded statements that show up and are spread from time to time on the Internet,” she said.

Oct 10, 2018
jade
J
E
Entertainment Simi Esiri confirms the end of her marriage to singer Dr Sid, reacts to report she was violent towards him.. - LIB