Curators
For Sale - One Bedroom Executive Flat - Lagos (NGN37m)
✅ NEW - car park, swimming pool, 24 hours light/security and more.
Ad
After denying countlessly to the media that she was married, even after photos from her wedding was released by a family member, former Big Brother Naija 2017 housemate, Gifty Powers has revealed the truth. 'I was once married,' she claims. Speaking to HipTV, the actress said:

"The marriage you see was kind of real. Yes, I was once married and it's a dark part of my life that I don't want to ever go back. My advice to every young girl out there is that before you go into marriage, you have to be physically, mentally, emotionally and physiologically matured. Because I was naive." 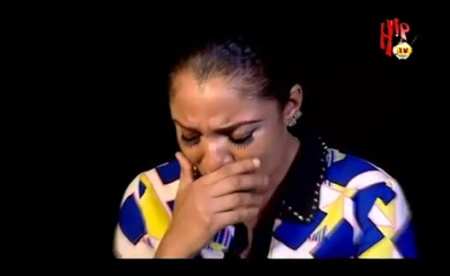 Curators
Is this the new trend?

This lai Mohammed daughter don come again. First was the marriage was a lie. Second, I am gifty powers, rumors make me strong. Now who's she shedding that mascara stained tears for????

Nov 29, 2016
abujagirl
A
A
Entertainment Ese Walter -I Married My Husband to Escape Being Called the Evil Mistress of COZA Pastor