Atiku made the remark during an interview session with NIGERIAN TRIBUNE when asked how the APC would survive the fallout of primaries between him (Atiku) and Buhari.

The former VP said, "The competition between Buhari and I, first of all, is about two or three stages. Since, we have developed a very strong and close political relationship, as far as I am concerned, I said if the ticket goes to Buhari, I will support him.

"Even when I was in the PDP, after the PDP primaries, I invited General Ibrahim Babangida, General Aliyu Gusau and Alhaji Adamu Ciroma and said ‘come here, let us work to ensure there is an alliance between ACN and CPC.’ In four days, those meetings were hosted in my office in Abuja, even when I was still in the PDP. Buhari knew the role I played to ensure I brought about, you know, that alliance. My belief then was that if that alliance had succeeded, there was no way PDP would have got elected, but unfortunately we didn’t succeed.

"So, Buhari and I have very, very perfect understanding and I don’t think it would be a problem if any of us gets the party’s ticket, so I don’t see it being a problem", Atiku added. 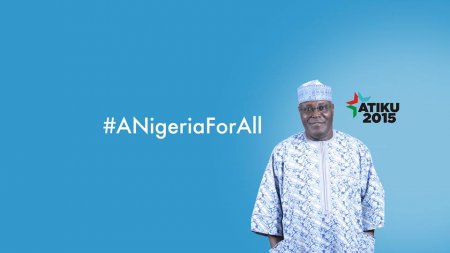