A statement by Mr Jerry Needam, former Media Director to Sekibo, quoted the former minister as describing rumours of his death as unfounded.

"The former Minister of Transport and governorship candidate of the defunct Action Congress of Nigeria, ACN, in the 2011 general elections in Rivers State, Dr Abiye Precious Sekibo, is alive and strong,’’ he said.

Needam said Sekibo, a medical doctor, was also shocked to learn of the unfounded, baseless and malicious stunt from the rumour mill about his sudden demise.

He also quoted Sekibo as saying that such evil imagination could only come from those already doomed and are disappointedly looking for co-travellers.

He, therefore, urged the general public to discountenance any such report from the social media.

Sekibo, a former Secretary to Rivers government from 1999 to 2003, thanked relations and friends who called him to ascertain the true position of his health and prayed God to bless them. 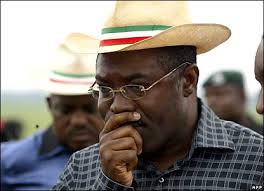