A house divided against itself can not stand, if it cannot stand it most certainly cannot wage a successful war against its enemies. Infighting in the Nasarawa state chapter of the Peoples Democratic Party, PDP has been blamed for the failure of the impeachment plot against Governor Umaru Al-Makura.

DAILY INDEPENDENT wrote, The division and power tussle within the Peoples Democratic Party (PDP) in Nasarawa State may have been the major reason why the state governor, Umaru Al-Makura, survived the impeachment plot that was hatched against him.

The Panel of Inquiry that investigated the alleged “gross misconduct” levelled against the state governor by members of the Nasarawa State House of Assembly (NSHA) had passed a “Not guilty” verdict on Al-Makura.

Sunday Independent’s findings have shown that some forces interested in flying the governorship flag of the party during the 2015 election would prefer to rather slug it out with Al-Makura than with his Deputy, Damishe Luka. 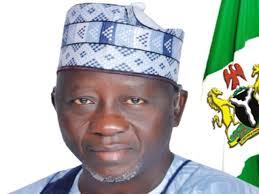