FREE Nigerian Business Directory
✅ NEW - get your business listed and your information shared across social media.
Ad
Dr. Junaid Mohammed, member of the Defence Committee in the Second Republic, has revealed the identities of those behind the cabal now running Muhammadu Buhari's government. 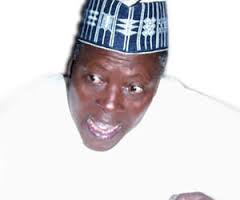 Speaking during an interview session with PUNCH, Dr Junaid said, ''Let me say straight away that whether one calls it a cabal or a mafia or some kind of cult or whatever, there is a group of people who are wielding power within the Presidency under Buhari. Whatever you say it is; it is and a lot worse. First, the most influential person in the Presidency today is one Mamman Daura whom as you know, is a nephew of the President. His father was Buhari’s elder brother. In addition, Mamman Daura was the one who single handedly brought up Abba Kyari, the current Chief of Staff to the President.

''In fact, Abba Kyari knows Mamman Daura more than he knows his own father. Next, the Personal Assistant to Buhari himself is the son of Mamman Daura, next is what they call SCOP, State Chief of Protocol, and is also a son-in-law to Mamman Daura because he is married to Mamman Daura’s daughter. Next, the Minister they unilaterally chose, against the interest of the party and against the wishes of Sokoto people, happens to be the daughter of the younger sister of Mamman Daura’s wife. Both of them are daughters of Sultan Dasuki, who was sacked by General Abacha. We have the Aide De Camp to Buhari himself, Colonel Abubakar. He is married to the granddaughter of one of Buhari’s elder sisters.

''Next we have the woman who represents Kaduna in the Federal Executive Council, she is a cousin to Kaduna State governor, Nasir el-Rufai. It is well known that el-Rufai is one of the closest governors to Muhammadu Buhari. Next, we have the Minister for the Federal Capital Territory. The Minister of the FCT is the man called Musa Bello, who used to be the Managing Director of the Northern Nigeria Development Corporation, which used to be the biggest holding company that belonged to all the northern states. His only qualification to be FCT minister is the fact that his father has been Buhari’s friend over the years. Now, there is a young man called Sabiu Yusuf, nicknamed Tunde – probably because of late General Tunde Idiagbon. He is another PA to President Buhari. He is also a grandson of another sister of Buhari.

''This is enough to prove to you that this is shamelessly the worst form of nepotism in the history of government in Nigeria. In fact, in the history of Africa, let me make bold to assert that I have never seen any level of nepotism that has equalled or surpassed this in my entire life – I am now in my 67th year. Another thing I also want you to know is that, Amina Zakari, who was and still a national commissioner in the Independent National Electoral Commission representing the entire seven states in the North-West. It is being claimed that Buhari knows nothing about her appointment (before he became President), it is a lie.

''When President Goodluck Jonathan was re-organising the INEC and he was bringing in Prof. Attahiru Jega, he reached out to Buhari and asked Buhari to nominate somebody from the North-West so that that person would be a national commissioner. Of all the people in the North-West, Buhari decided to nominate his own niece, the daughter of his elder sister- Amina Zakari. She has been there; when Jega left, Buhari was determined to make her chairman, it was because of the massive backlash that he dropped the idea like hot potatoes.

''As we are talking today, that woman is a national commissioner which means she is one of the principal election umpires. Throughout my reading of history, political science and social sciences generally, I have never heard of any dictator or any tyrant under any system of government whether totalitarian or fascist, appointing his own niece to conduct elections in which he was either a party or going to be a party to; Buhari has done that. The immediate younger brother to Amina Zakari is currently the Minister for Water Resources representing Jigawa State in the same Buhari government. In addition, even though they are from Kazaure, Kazaure is contiguous to Daura. The eldest sister of both of them is now the Commissioner for Education in the All Progressives Congress government in Jigawa State. If this is not nepotism, then I don’t know what is nepotism and anybody who has the guts, the brutal arrogance to appoint these relations not bothering about public opinion, about the sense of justice, about competence, then you can see that he has a very serious question to answer. There are two mysterious cases.

''The case of the Governor of the Central Bank, Godwin Emeifele and the Minister of State for Petroleum Resources, Ibe Kachikwu. It was Buhari himself who said that he knew when the governor of the CBN picked a piece of paper and gave an instruction that N14bn should be withdrawn from the CBN and that money was withdrawn. That was nearly a year ago and up till today, Buhari is still retaining Emefiele as CBN governor.

''The Buhari I know is an economic illiterate and anybody who knows anything about currency movement and foreign exchange and fluctuations knows that the Naira has been effectively devalued. It was the same Buhari who boasted that the Naira would never be devalued under him for as long as he remains President and even threatened the governor of the CBN that he was going to sack him if he devalued the Naira. He (CBN governor) is still there.

''In the case of Kachikwu, he is the mystery man in the cabinet. No one can actually tell you who nominated and brought in Kachikwu. We knew that he was friends with Abba Kyari when they both worked in Mobil but none of them had the influence to bring him in and make him Minister of Petroleum Resources. Forget the nonsense about him being the junior minister because he is the senior and junior minister in addition to being the Managing Director of the NNPC (until recently when he was replaced. This again confirms the arrogance of President Buhari in putting two positions together; one purely civil service and technocratic position which is the Group Managing Director of the NNPC and the other one which is purely political- a minister.

Feb 20, 2020
ese
E
E
Politics Why is Mamman Daura and his family members living in the villa?- Nigerians react to the Aisha Buhari leaked video - LIB

Politics Why Buhari is not coming down hard on Kyari, Monguno – The Guardian Nigeria News