Curators
FREE Nigerian Business Directory
✅ NEW - get your business listed and your information shared across social media.
Ad
Men of the Katsina State Police Command has arrested an 18-year-old sex worker, Aisha Idris, for allegedly conspiring with a nurse to sell her three-month-old baby for N200,000. 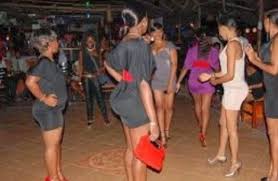 Speaking in Katsina, the State Police Commissioner, Usman Ali Abdullahi, disclosed that the nurse, he identified as Ogugua Oko, who works with the Federal Medical Centre, Katsina, connected her to the buyer of the baby.

Following their arrest, the three-month-old baby was recovered from one Grace Ohoho, a resident of Okuku village, Owerri in Imo State.

According to the Police boss, “Information gathered has it that Aisha Idris gave birth three months ago at the Federal Medical Centre. She conspired with her friend, Hauwa, and a nurse working with the Centre, who linked them to one Joy Ihenamere to sell the baby for N200,000 to Grace Ohoho.

“The case was reported to the command on April 10. The suspects are in the police custody.”

Ohoho, who claimed to have been married for 18 years explained that her inability to bear children forced her into buying the baby she named Victor.

Aisha Idris on her own part, revealed that she did not know what to do with the baby and was planning to abandon him when the idea came to her.
A

what someone is looking for.