Curators
Kellogg’s, the world’s no. 1 cereal company, has once again fulfilled the promise of awarding 10M scholarship to children who participated and have emerged as winners in the second edition of its flagship scholarship scheme “Kellogg’s Superstars Scholarship contest” held in Lagos.


Hosting the winners at a moderate ceremony in Ikeja, G.R.A Lagos, along with their guardians, who were present to receive the one hundred thousand Naira educational grants, among other prizes.​ 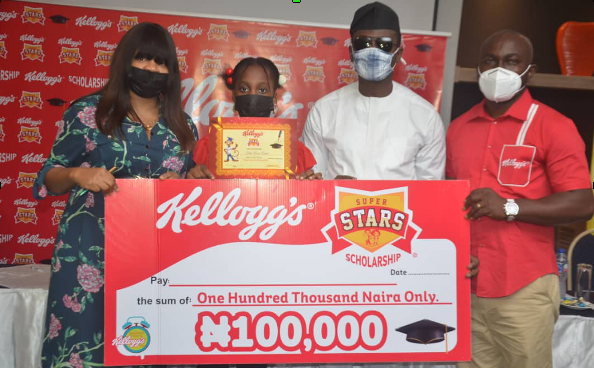 Kellogg’s Superstars contest is an essay writing competition initiative designed for children within the age bracket of five to twelve years to sharpen their writing skills while also stimulating the creative uniqueness in them.
Couple of months back, entries were declared open nationwide with the task to write a short and concise essay of not more than 100 words on the topic “Why my Mum is a Super Mum”. Up to 49,989 entries were generated across the nation over which a panel of judges sat to determine the final hundred children who emerged as winners to receive a Hundred Thousand Naira worth of scholarship each.​ 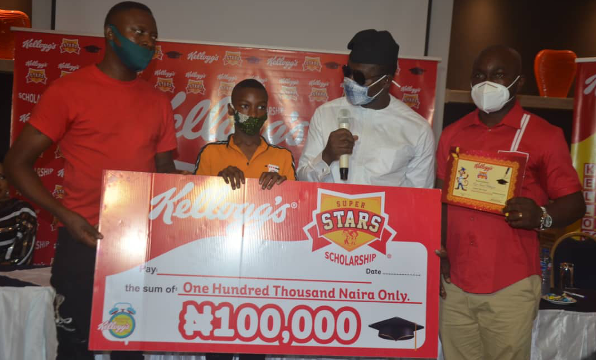 The National Marketing Manager of Kellogg's, Mr. Darlington Igabali, reiterated the drive of the initiative to support and improve educational output.
He noted that Kellogg's being a children friendly brand was worried about the startling number of out-of-school children in the country where available statistics from UNICEF confirms one in every five children to be out of school in the world is from Nigeria.

"Considering the huge gap, we decided to intervene with the initiative to support parents in our own little ways at ensuring that children have access to basic education and more importantly, to improve the writing skills and creative ingenuity of children” He said. 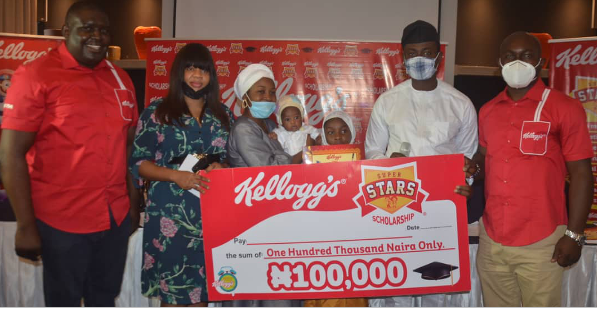 Beyond the brand supporting these children to achieve their academic dreams, we also appreciate the bond being shared with their mum, recognizing mother’s role towards nation building, hence the topic for the essay “Why my Mum is a Super Mum”.

Ably present to represent the special guest of Honour; Speaker of the House of Representative, Honorable Hakeem Gbajabiamila, was his Special Adviser on Budget and Finance, Mr. Lukman Oyewole Lawal, charged winners to continue to strive for excellence and not to rest on their oars.​ 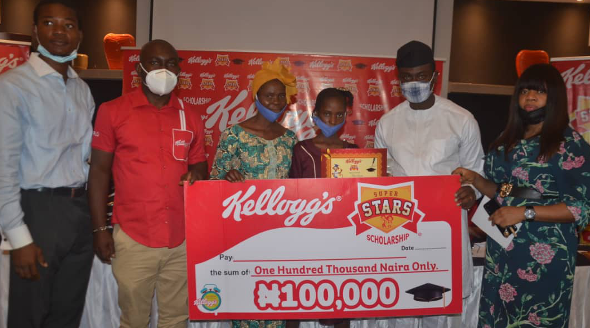 He commended the brand for promoting basic literacy and importantly being a consistent supporter of educational growth in Nigeria. He equally recognized the support of mothers in societal development.
“I would like to specially commend Kellogg's for constantly supporting Educational Development as equally exemplified in their support of the Speaker’s Professionals Volunteer Network in November 2019, where we reached out to about 10,000 School Pupils in Surulere Lagos. This scholarship project is no exceptions as it goes a long way to demonstrate where their interest lies”.

He encouraged the organization to intensify its efforts in this regard and also encouraged other corporate entity to strengthen their investment in Corporate Social Responsibility given the effect of COVID-19 which has affected all arms of the society.
Commending, one of the winners, Uche Esther, who could not hide her excitement thanked the company for the privilege and the prize.

She said, "My passion for writing motivated me to take part in the essay competition. This is the first time I participated and I'm really excited to be part of the winners."
​ 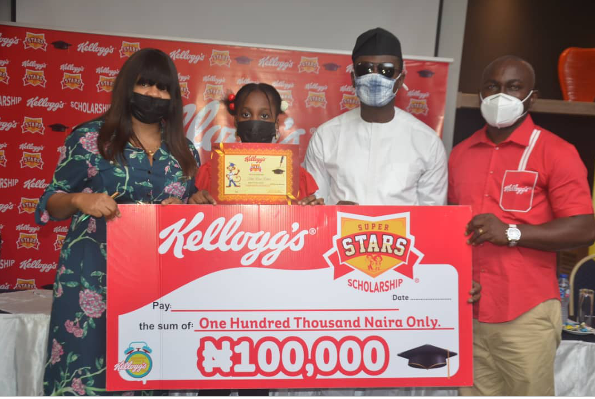 General Predictions and odds for Golden Globes Winners in 2020