For Sale - One Bedroom Executive Flat - Lagos (NGN37m)
✅ NEW - car park, swimming pool, 24 hours light/security and more.
Ad
According to the PUNCH newspaper, a district pastor of a church in Ilorin, Kwara State has been remanded by a Lagos Magistrate's court in Ikeja. According to reports, the 37-year old pastor, known as Adebambo Adetunji, was part of a gang of robbers who robbed motorists at Ojota between April and July 2014.

PUNCH Metro learnt that Adetunji and other suspects, who were still on the run, were notorious for snatching cars and robbing victims of their valuables at gun point.

Our correspondent gathered that a Toyota Camry and a Mercedes Benz ML320 with number plates MUS 413 BH and LND 623 BF respectively, were diverted by the suspected robbers, who were said to have also used cutlasses in their operations. 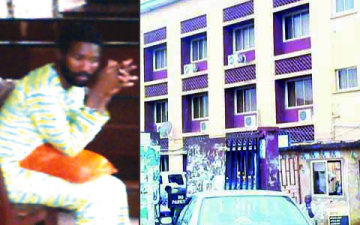