The Oba of Lagos, Oba Rilwanu Akiolu, on Tuesday threatened to reveal shocking secrets about some Nigerians after the 2015 elections; THIS DAY reported.

THIS DAY wrote, The Oba of Lagos, Oba Rilwanu Akiolu, yesterday threatened that after the 2015 general election he would expose some Nigerians, including traditional rulers who he said are currently deceiving Nigerians.

Akiolu added that the revelations would also expose the top secrets of some Nigerians who pretending that they have a clean record.

The monarch, who apparently was referring to the statement credited to the Ooni of Ife, Oba Okunade Sijuwade, that only two out of the country’s renowned monarchs are free of corruption, yesterday threatened that he would, after the 2015 general election shake the country as he would come up with what he termed top secrets that cannot be disputed by those who claim to be clean.

Oba Sijuwade had while responding to a statement credited to the national leader of the All Progressives Congress (APC), Senator Bola Tinubu, said: “Two among the three Obas mentioned by him (Tinubu) were the best friends of the late military Head of State, General Sani Abacha, and among them, one was on the pay roll of the late army general while the other successfully lifted crude oil allocated to him by Abacha. 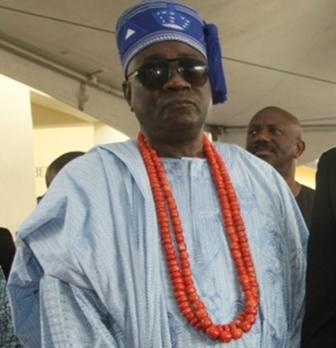 L
Metro Ooni of Ife Denies Viral Reports: I Have No Intention of Invoking the gods on Oba Akiolu