Fadipe died on the same day Seun Oladapo assaulted him, but his 74-year old mother-in-law died a few days later from injuries sustained in the attack.

Fadipe and his family had been attacked in their home in Harmony Estate, College Road in Ifako Ijaiye, Lagos, on July 3, 2014.

On the day of the incident, the slain lawyer had asked his son to turn on the generator after a power outage in the area.

The suspect, who emerged from the dark, armed with a knife, reportedly ordered Fadipe’s son to lead him to his father.

After making a series of demands from the deceased, he was said to have stabbed him in the neck and on his back.

He was also said to have injured the deceased’s son and mother-in-law who he stabbed in the breast.

The suspect allegedly attacked other family members before he was overpowered by security men in the community.

Oladapo was arraigned before a Yaba Chief Magistrate’s Court on seven counts of murder and attempted murder. 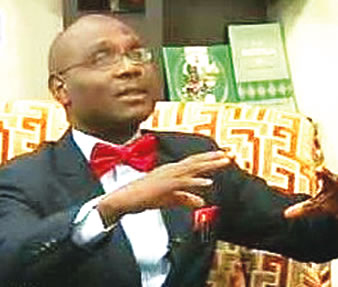