Metro [LIST] Most Terrorised Countries In The World, Nigeria is 3rd – GTI Report

For Sale - One Bedroom Executive Flat - Lagos (NGN37m)
✅ NEW - car park, swimming pool, 24 hours light/security and more.
Ad
Nigeria has been ranked third of the 162 countries of the world that have been worst hit by terrorist attacks, according to the 2015 Global Terrorism Index.

The country, Africa’s largest oil producer, was ranked fourth in 2014.

According to Nigerian Bulletin's analysis of the list, Iran is ranked 39 with Iraq as topping the list of most terrorised country in the world. These countries are: 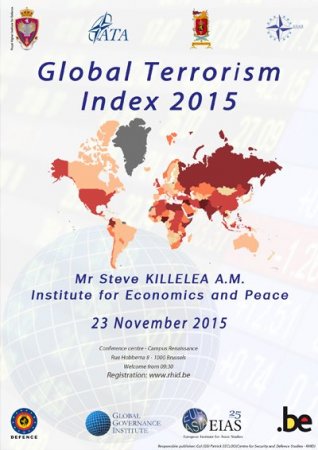 France, which recently experienced deadly terrorist attacks that killed about 160 people in Paris, is ranked 36th, same as the United States of America.

“Terrorist attacks are much more lethal in Nigeria than any other country,” the GTI report said.

The report, released on November 16, 2015 by the Institute for Economics and Peace, said the Islamist terror group in Nigeria, Boko Haram, overtook ISIL in 2014 to become the most deadly terrorist group in the world.

The Institute for Economics and Peace is an independent, non-partisan, non-profit think tank with offices in Sydney, New York and Mexico City.

Business Current List Of Most Corrupt Countries In The World. Ghana Has Overthrown Nigeria – Nairaland