Curators
FREE Nigerian Business Directory
✅ NEW - get your business listed and your information shared across social media.
Ad
Sadiq Khan has been sworn in as London mayor - telling supporters at Southwark Cathedral: "I can't believe it." 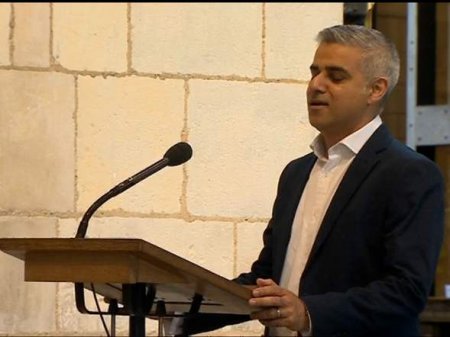 To loud applause, he told them: "My name is Sadiq Khan, I am the Mayor of London."

Labour candidate Mr Khan had to wait six hours for the result to be confirmed because of what were described as "discrepancies".

But shortly after midnight the returning officer announced the former Labour frontbencher as the winner on the second round of voting.

At his acceptance speech on Friday, Mr Khan said: "Thank you London. London is the greatest city in the world. I am so proud of our city. I am deeply humbled by the hope and trust you have placed in me today."
You must log in or register to reply here.

Sep 22, 2016
abujagirl
A
A
World London Mayor Sadiq Khan Will Be Exempted From US Muslim Ban If I Become President - Donald Trump

May 10, 2016
abujagirl
A
M
Politics I’ve Been To London To See The King By Femi Adesina