FREE Nigerian Business Directory
✅ NEW - get your business listed and your information shared across social media.
Ad
Authorities of Federal University of Agriculture, Makurdi, have shut down the institution indefinitely following cult activities which led to the death of four students and one security guard.

The institution’s Information Officer, Mr Dzerka Fanafa, said in Makurdi on Thursday that the decision to close down the school was to prevent further escalation of the crisis.

Fanafa told the News Agency of Nigeria (NAN) that the crisis broke out on Tuesday in some of the hostels built by independent developers and resulted in the death of one student.

He said the university authority swiftly intervened to contain the situation by inviting the security agencies to prevent further hostilities by the students. 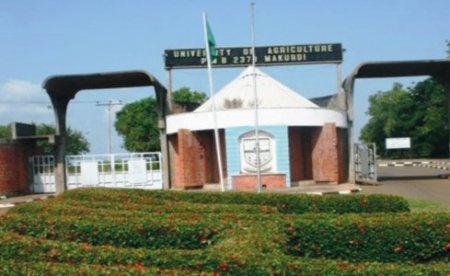 He said the crisis escalated when four people, including a security guard working for a private developer, was killed on Wednesday night by the cultists..

He said stakeholders held an emergency meeting on Wednesday night and decided that students leave the hostels before noon on Thursday.

Fanafa said the university Senate was expected to meet later on Thursday to ratify the decision taken at the meeting.

The Police Public Relations Officer in Benue, DSP Moses Iyanmu, confirmed the incident but said the situation had been brought under control.