Sports Man Utd To Pay £8.5m For Martial’s Next Goal 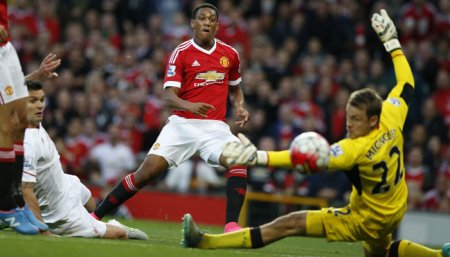 The France forward netted his 24th goal for the club in their 2-0 victory over Watford on Saturday.

Last month, details of that deal were leaked and it shows that the Ligue 1 club insisted on a number of clauses. One of them being that they will be paid €10m (£8.5m) once Martial scores his 25th goal for the Old Trafford club.

The 21-year-old has endured a miserable second season with the club, as new manager Jose Mourinho has not been convinced about the player.

But after his display against Watford when he scored one and provided an assist, Mourinho says he deserves his chance.