Mountain of Fire and Miracles FC have been fined the sum of four million naira by the League Management Company, LMC. 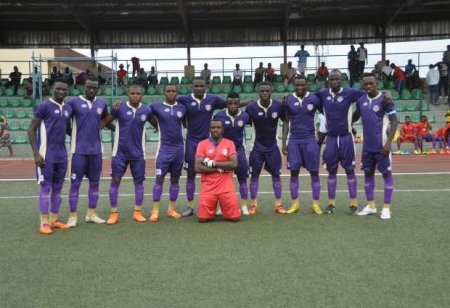 The LMC announced this on Wednesday that the Olukoya Boys will face punitive measures for the crowd disturbances that marred Sunday's 1-0 home defeat to Shooting Stars at the Agege Stadium.

The club was charged for various offences ranging from fans' troubles as throwing objects on the pitch, encroaching the field of play in the Match Day 23 fixture against the Oluyole Warriors.

MFM FC were fined N2 million for crowd trouble and will now play their next three home matches behind closed doors, with the last two games suspended subject to good conduct by the club supporters.

Agogu Ebitimi's 83rd minute winner condemned MFM to their first home loss of the season, as fans of the Lagos side took exception to what they deemed to be biased officiating by the match officials; throwing objects on the pitch before finally encroaching the turf. It took the intervention of the police to restore order, and this behaviour will cost the team a fine of N1 million.

The club has also been fined N1 million "for acts capable of bringing the game to disrepute by MFM FC supporters," bringing the total fine to N4 million.

Meanwhile, the LMC also announced that it wants the match official at the centre of the controversy Alaba Abiodun withdrawn from NPFL matches immediately. The match official is to be "investigated for below par performance which raises strong concerns."
Share:
Facebook Twitter Reddit WhatsApp Email Link
[620]
Show hidden low quality content