Forbes is reporting that Nigerian Billionaire, Mike Adenuga got richer in 2016. 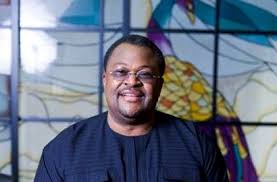 ''The continent’s biggest gainer — in both dollar and percentage terms – is Nigerian oil and telecom tycoon Mike Adenuga, whose net worth increased $2.7 billion to $5.8 billion since December 31, 2015. No other African billionaire added more than $1 billion to his or her net worth in the past year. Overall, the combined net worths of African billionaires decreased $3.1 billion in 2016,'' Forbes wrote.

''While Adenuga’s net worth has increased since the beginning of 2016, it has dropped significantly since March 2016, when FORBES valued his fortune at $10 billion on the 2016 Billionaires List. Since then, his net worth has dropped $4.2 billion, due to the devaluation of the Nigerian Naira and the country’s struggling oil sector. Adenuga was the only Nigerian billionaires whose net worth increased this year.''
Share:
Facebook Twitter Reddit WhatsApp Email Link
[1760]
Show hidden low quality content