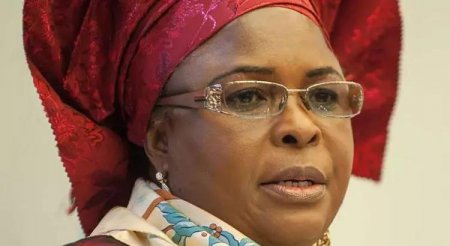 It was gathered that the FIRS team went to the hotel in respect of tax liabilities totaling N10,117,500, but were attacked by the hoodlums suspected to be loyal to Dame Patience.

According to reports, the FIRS team arrived Aridolf, demanded to see the most senior staff of the hotel but without success.

The team, however, read the warrant of distraint to the hotel officials at the reception, as militants, believed to have lodged in the hotel, came out and threatened to kill the officials, claiming that the enforcement exercise was illegal.

“We demanded that they should phone the manager to inform him of the team’s presence and mission, but they ignored the demand,” a FIRS official said.

“The FIRS team, however, read the warrant of distraint to them… After over 30 minutes of argument, militants believed to have lodged in the hotel came out and threatened to kill FIRS officials, claiming that the enforcement exercise was illegal.

“When one of the directors of the hotel, Mr. Victor, arrived the scene, we showed him the warrant of distraint and told him that the hotel owed three months VAT.”

The official said a man, who identified himself as Chief Anthony, arrived and threatened some of FIRS officials would be shot. He said the warrant was not properly signed since it did not carry the seal of the agency’s chairman, Babatunde Fowler.

“He claimed that the visit was a plot to ridicule Mrs. Jonathan, and that the Economic and Financial Crimes Commission, EFCC, sent FIRS officials to plant cash in the premises.”

“Anthony ordered the militants not to allow them leave the premises until ‘Mummy’ comes.

“He ordered them to arrest the team leader and some other officials. The armed militants forced the FIRS officials to remove the seal already placed at entrance of the hotel’s salon and gym as well as to unlock the hotel entrance.”

The Eagle Online reports that the militants forced the team leader, a newspaper reporter and an NTA camera man that accompanied the team into a room, where they were beaten up.

Their phones were also seized and images on them deleted. They also deleted items stored in the camera
G

This demands serious investigation to confirm this report/allegation.
P

Well, Nigerians these days have to be very careful. Once you are FG's target, they can go extra mines to make sure they get you.
So it could be true they came to plant cash in that hotel so as to see more genuine way to arrest the big mummy

L
Politics Patience Jonathan Cries Out- EFCC Has Bugged My Phones, They Want to Assassinate Me