For Sale - One Bedroom Executive Flat - Lagos (NGN37m)
✅ NEW - car park, swimming pool, 24 hours light/security and more.
Ad
New president of the Nigeria Football Federation(NFF)Amaju Pinnick has admitted that he once said Stephen Keshi no longer has anything new to offer the Super Eagles.

"There was a time I made a comment that Keshi has reached his limit and needs to build his capacity," Pinnick said.

Speculations have been mounting that Pinnick does not reckon with Keshi's coaching techniques, and will not to hesitate to replace him with another manager.

Keshi has not been offered a new contract since his last deal with the NFF expired after the last World Cup tournament in Brazil.

He has been managing on an interim capacity and it has been widely reported that he will leave after the two games against Sudan.

Speaking on how Keshi selects his players,Pinnick noted that the federation will not allow the invitation of players from football leagues that are not well known.

"If someone in d A-league is scoring goals, someone from China can't come and bench that person, we wont allow it. 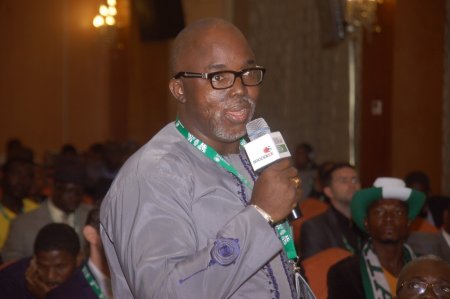