The Nigerian National Petroleum Corporation (NNPC) has continued on a losing pattern losing N184.2bn in the past four months.

The state owned refineries produced zero percent for the month of October, the NNPC has disclosed. 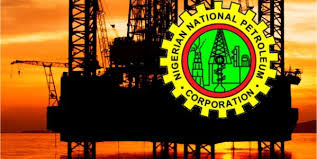 According to the NNPC financial operation monthly report for October, N88.48bn – the highest in the past four months – was remitted to the federation account by the corporation. Despite producing at zero percent capacity, the refineries generated a loss of N1.45bn in October, falling from N8.84bn in September.

“Total crude processed by the three refineries, in the month of October 2015 was zero. However, 92,332 MT of unfinished product was processed which translates to a combined yield efficiency of 78.93%,” the report read. “The combined value of output by the three refineries (at import parity price) for the month of October 2015 amounted to N5.49billion while the associated Crude plus freight cost was zero, giving a loss of N1.45 billion after considering overhead of N6.94 billion.”