For Sale - One Bedroom Executive Flat - Lagos (NGN37m)
✅ NEW - car park, swimming pool, 24 hours light/security and more.
Ad
Just a few months after disclosures about a $1.5 million dollar image laundering contract awarded by the News Agency of Nigeria, NAN, to an American PR firm, stirred controversy, the International Centre for investigative reporting, ICIR, has discovered that the Nigerian Embassy in Washington DC has also awarded two similar frivolous contracts worth over N100 million ($700, 000) in less than a year to another United States-based company to do ostensibly what its staff are paid to do.
According to documents obtained by www.icirnigeria.org, between July 2013 and May 2014, the embassy awarded two contracts to Mercury Public Affairs LLC worth $300, 000 (over $50 million) and $400, 000 (over $60 million) respectively for jobs that have been described as basic diplomatic functions that could easily be handled by the embassy staff.
The first of the contracts showed that in four months, between July 22 and November 22, 2013, the Nigerian Embassy paid $300, 000 for Mercury to: “Provide government affairs counsel and arrange meetings with key Executive and Legislative branch officials and staff on issues of importance to Nigeria; arrange meetings between US and Nigerian officials to further deepen business, economic and security ties, and; facilitate and arrange US visits for key Nigerian officials.”
Click here to read more
Source: #PremiumTimes 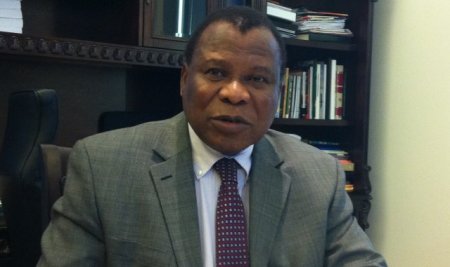