He queried the absence of Kogi representative in the Federal Executive Council meeting since March.

He particularly faulted Buhari for failing to appoint a replacement for the late James Ocholi (SAN), former Minister of State for Labour and Employment from the state.

Ocholi, his wife and son, died in an auto crash on Abuja-Kaduna Road on March 6. 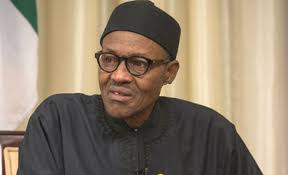 Makolo, among others, urged the court to order that the failure of Buhari to appoint a qualified indigene of Kogi as a Minister after Ocholi’s death was “wrongful, unlawful and unconstitutional.’’

He said that failure to appoint a minister from Kogi “is an attempt to and has denied the people of Kogi state representation at the statutory mandatory regular meetings held by the president with his vice and ministers”.

The lawyer asked the court to issue an Order of Mandamus compelling the president to appoint a minister representing the people of Kogi from amongst the indigenes of the state.

Joined in the suit were the President of the Senate and the Attorney General of the Federation and Minister of Justice.