For Sale - One Bedroom Executive Flat - Lagos (NGN37m)
✅ NEW - car park, swimming pool, 24 hours light/security and more.
Ad
The Coalition of Northern Youths have written a letter to the Acting President, Yemi Osinbajo, begging him to allow Ndigbo to go and have their Biafra Republic.

The group said though they laud the peace and conflict resolution moves being done by the Acting President, they however doubt the efficacy of it in bringing a lasting solution to the problem in question rocking the nation at present.

In the letter signed by Ambassador Shettima Yerima, Joshua Viashman, Aminu Adam, Abdul-Azeez Suleiman and Nastura Ashir Sharif, the Northern group however argued that the principle of self-determination has since world war II become a part of the United Nations Charter, which states in Article 1(2) that one of the purposes of the UN is “to develop friendly relations among nations based on respect for the principle of equal rights and self-determination of peoples”.

They said: “Though we do not doubt Your Excellency’s bona fide concerns for the peaceful resolution of the crises, we nevertheless have reservations as to the efficacy of this approach in ensuring lasting solutions.

“Our doubts are informed by the following historical antecedents that have characterized the behavior and conduct of the Igbo in Nigeria and previous efforts at containing them.

- The Igbo of Eastern Nigeria manifested their hatred for Nigeria’s unity barely five years after we gained our independence from the British when on January 15, 1966, their army officers carried out the first-ever mutiny that marked the beginning of a series of crisis which has profoundly altered the course of Nigeria’s history.

- “By that ill motivated cowardly and deliberate action, the Igbo killed many northern officers from the rank of lieutenant colonel upwards and also decapitated the Prime Minister and the political leadership of the Northern and Western regions but left the zenith of Igbo leadership at the Federal level and the Eastern region intact.

- “In line with the Igbo plan, General Aguiyi-Ironsi took advantage of the vacuum and, instead of returning power to the remnants of the First Republic government, he appropriated the coup and attempted to consolidate it for his people.

- “Army officers of the Northern Region were eventually compelled to execute a counter coup on July 29, 1966 following a coordinated series of brazen provocations from the Igbo who taunting northerners on northern streets by mocking the way leaders of the region were slain by the Igbo. 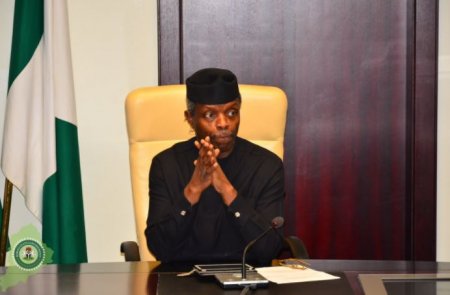 “And when Lt. Col. Yakubu Gowon, from the North took over as Head of State following the counter coup, the Igbo through Lt. Col. Ojukwu, characteristically refused to recognize Gowon.

- Ojukwu declared the secession of the Igbo people from Nigeria and the formation of the republic of Biafra on May 30, 1967 resulting in a civil war that led to the tragic deaths of more than 2 million Nigerians”.

“Concerned by the fact that the Biafrans have confessed to arming themselves for a violent breakup, we feel that it is risky for the rest of the country particularly the North to go on pretending that it is safe for us to co habitate with the Igbos given how deeply they are entrenched in our societies.

- The Igbo have gone to extra ordinary lengths to ensure that in their domain in the South East, Northerners and Westerners are as much as possible disenfranchised from owning any businesses whereas in Kano alone, they own not less than 100, 000 shops across all the business districts.

The group pray His Excellency study the references forwarded with this letter dispassionately and decide who is more in the wrong between those who openly pledge allegiance to a country other than Nigeria backing it up with persistent threats of war and those of us whose allegiance remains with the Nigerian state but simply urge that the secessionists be allowed to actualize their dream peacefully throw universally entrenched democratic options.

These Northern Youths are not faceless after all, they are bold to put faces to thier threatening.

My point is that no magician should boast that s/he alone monopolises the realm because he knows a more daring one might be among his spectators.

All sides must take caution.
P

Yes, they are not. Just as the other side of the coin. Gov't especially states should step up game and join Osinbajo led FG in battling this seed of division to the last stop.