For Sale - One Bedroom Executive Flat - Lagos (NGN37m)
✅ NEW - car park, swimming pool, 24 hours light/security and more.
Ad
The National Universities Commission (NUC), has disclosed that it is currently processing over 200 applications for new private universities in the country.

The Executive Secretary of the Commission, Abubakar Rasheed, made this known in Abuja during a meeting with the federal universities’ bursars. 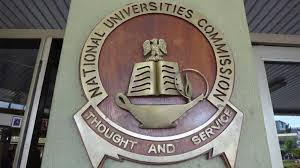 According to him, “the university system is growing and private universities including federal and state universities can no longer cope with the large numbers of yearly applications for admission.