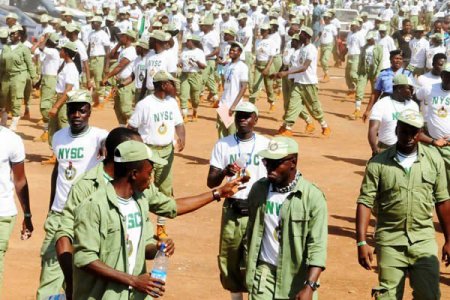 There have been speculation on social media over the past few days, that a suspect was arrested with explosives, near Zang Commercial College in Bukuru, Jos.

NYSC, however, insists the suspect turned out to be a lunatic, who was carrying empty cans in a polythene bag and ran into the school.

It also confirmed that the NYSC Plateau State Orientation Camp has been moved to its permanent site in Mangu several years ago.

The statement posted on its Facebook page read: “The attention of the NYSC Management has been drawn to an online report with the above headline on a bomb scare at Zang Commercial College, Bukuru, Jos.

“According to the story, the suspect turned out to be a lunatic who carried empty cans in a polythene bag and ran into the school when accosted by some security operatives.

“The online report quotes the spokesman of the Special Task Force, STF, Captain Charles Ekeocha as confirming that no explosive was found on the lunatic.

“However, we wish to correct the impression that the scene of the drama was at NYSC Camp as reported by the online medium. Zang Commercial College, Bukuru is a private school used many years ago as NYSC Temporary Camp Orientation Camp.

“For the records, the NYSC Plateau State Orientation Camp has been moved to its permanent site in Mangu several years ago, and the Scheme has always been liaising with relevant security agencies to protect its Orientation camps and other facilities nationwide.

“While we do not want to be hasty in suspecting mischief, we are of the view that the medium could have done well by cross-checking its facts before publication to avoid creating unnecessary panic among Corps members and their loved ones.”