Director General of the National Youth Service Corp, NYSC, Brig-Gen. Johnson Olawumi, yesterday, said that the scheme would soon commence its orientation course for prospective corps members on a quarterly basis to accommodate the increasing number of graduates being turned out by accredited institutions for the scheme.

Olawumi, stated this in Asaba, Delta State, during the opening ceremony of the 2016 annual management conference of the scheme, appealed to states that do not have permanent orientation camps to expedite action on same. 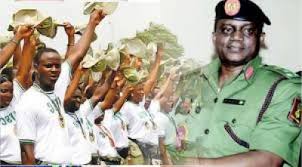 He noted that the provision of NYSC permanent orientation camp was a statutory responsibility of state governments and part of their contributions to human capital and youth development.